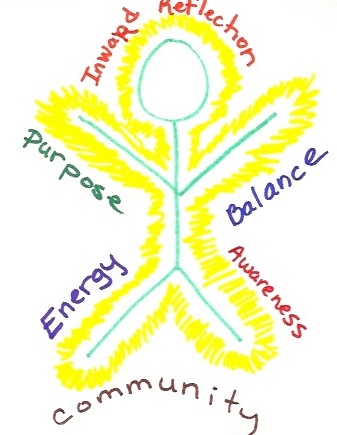 The U.S. approach to healthcare has focused on treating illness for years. However, despite new pharmaceutical drugs and advances in surgical procedures, Americans are not healthier. According to the Center for Disease Control, 35.7% of U.S. adults are obese. This has led to a rise in obesity related conditions such as heart disease, type II diabetes and many types of cancer. About 8.9 million Americans have chest pain caused by reduced blood flow to the heart muscle which occurs when the coronary arteries become blocked with a build-up of plaque. Not only has this approach failed to keep us healthy – we can no longer afford it. The CDC estimates the medical costs associated with obesity came to $147 billion in 2008.

The stark reality on health in America is bringing government and health professionals together to lead a paradigm shift in healthcare- from treating illness to promoting health and wellness. In California, State Controller John Chiang, State Treasure Bill Lockyer, California Public Employees’ Retirement System (CalPERS) Service Employees International Union, Kaiser Permanente and HealthCorps have joined to implement a pilot wellness program called Health Happens in the Workplace. The two-year pilot will be based on proven workplace wellness initiatives with a focus on increasing physical activity, eating better and reducing stress. The program arose from a 2012 Urban Institute study on Potential Savings Through Prevention of Avoidable Chronic Illness Among CalPERS State Active Members. The study found in 2008, 22.4% of CalPERS medical expenditures were spent on treating chronic diseases that can be prevented through improved diet and exercise and went further to suggest a 5-15% reduction is possible through targeted interventions to improve health, giving rise to a potential savings of $18 to $54 million annually.

A giant leap has been made even in the domain of healthcare coverage for a lifestyle of wellness through the scientific research and advocacy of Dr. Dean Ornish, physician and founder of the Preventative Medicine Research Institute. Since the 1970s, Ornish has published volumes of studies in peer reviewed medical journals showing a lifestyle consisting of a plant-based diet, moderate exercise and stress management techniques such as Yoga and meditation ceasing the progression of coronary artery disease (CAD) and even reversing it. In 2010, the Dean Ornish Program for Reversing Heart Disease was declared an intensive cardiac rehab program, making it billable by medicare in the treatment of CAD and allowing hospitals to bill Medicare for their patients’ Yoga classes. This program to assist patients make lifestyle changes costs medicare $70 per hour and far less than operations and medication. Dr. Ornish strategically spent 16 years working with the Centers for Medicare and Medicaid Services to gain approval for his program’s coverage as a strategic decision, knowing most insurance companies will follow suit. He explains “Reimbursement as well as science are primary determinants of medical practice. If it’s not reimbursable, it’s not sustainable.”

Body Awakening proudly partners with organizations dedicated to San Franciscans’ health and well-being. We currently partner with the following organizations: